However, people are often less sure of what bridges are compared to those other two.  Don’t worry, though.  In this article, I’ll go into detail about what is a bridge in a song, including some examples and what roles they play in different songs.

All of these things are part of the structure of a song, and if we want to know what bridges are, I’ll need to talk about verses and choruses too.  As you probably know, a verse is a part of a song that’s repeated throughout the song, often several times, but usually with different lyrics with each repetition.

A chorus is also a part of the song that’s repeated throughout, again often several times, but unlike a verse, a chorus does not usually change its lyrics with each repetition.  A song’s chorus will also sound musically different from the verses.

Now that we’ve got that straight, what’s a bridge?  Well, a bridge is a part of a song that sounds different to both the chorus and the verse, usually (though not always) both lyrically and musically.  This provides a deliberate contrast to the rest of the song and then returns to it when the bridge finishes.

Check out this Masterclass about what is a bridge in a song. I found it very helpful.

Consider the ABABCB song structure, for example.  In this structure, A is the verse, B is the chorus, and C is the bridge.  Note that the bridge comes between the second and third choruses.  This is common.

In fact, it’s one of the most common song structures in popular music.  Can you think of any examples?  If you said Locked Out Of Heaven by Bruno Mars, What’s Love Got To Do With It? by Tina Turner or Every Breath You Take by The Police, well done!

There are countless others as well, including many that show slight variations on the structure, such as by having a chorus come before the first verse (Cooler Than Me by Mike Posner), by having an extra chorus and/or verse than usual after the bridge (Impossible by Shontelle) or, less commonly, by repeating the bridge after the final chorus (Teenage Dream by Katy Perry).

Why have a bridge in a song?

Now we know what a bridge is and where it usually fits into a song, you might well ask why we’d have one at all.  After all, plenty of iconic songs (All You Need Is Love by the Beatles, Thinking Out Loud by Ed Sheeran) get by just fine without one.

As I mentioned earlier, the point of the bridge is usually to provide contrast to the rest of the song.  This in itself is a reason to use one.  If a song has lots of repetition in the verses and choruses, a bridge that’s musically and lyrically different can add some more interest and depth to the song by waking the listener up and showing them that there’s more to the song than just repetition.

This is the reason that bridges are often different in key, tempo, or dynamics from the surrounding sections of the song.  Consider the bridge in Fix You by Coldplay, where the verses and choruses are all sung by Chris Martin alone, but the bridge is sung by the whole band, adding layers to the music and a very different sound.  The whole song builds to this section, and without it, it would feel like it didn’t really go anywhere.

Connect Different Parts of the Song

Sometimes, bridges are used to smoothly connect two parts of a song that would otherwise have a strong contrast between them.  This is often an instrumental section such as a guitar solo being connected to a chorus, but countless variations exist.

Avril Lavigne uses a bridge in Sk8r Boi to talk directly to the girl who she only talks about in the verses and choruses, using this section to link to the conclusion of the story being told in the song’s lyrics.

You might have noticed that most of the examples I’ve mentioned so far are from fairly straightforward rock and pop songs.  Bridges are common in these genres but they do appear in others too.  While they’re less common in hip hop, for example, there are examples.  For instance…

In Da Club by 50 Cent: This hip hop classic features a prominent bridge.  50 changes the flow and cadence of his rapping and introduces a melody that isn’t there in the rest of the song, along with an instrumental rising in pitch behind the vocals to build tension as the bridge leads into the next section.

One by Metallica: This song features one of the most famous bridges in heavy metal.  The song tells in the first person the story of a soldier grievously injured by a landmine.  The bridge is the point the song builds to, a psychological scream, where the soldier’s pain and anguish become unbearable.  The bridge section then leads into a furious guitar solo.

Back to Black by Amy Winehouse: this 60s girl group-style soul hit also features a bridge.  The song is about the singer’s despair over a failed relationship – it’s over, but she still loves him.  The strings in the background of the song calm down and Winehouse sings “black…black…black…”, representing her devastated emotional state.

Now that you’ve read this article, you hopefully have a much better idea about what bridges are, and what roles they can play in songs.  I’ve given you several examples here, but you should try to listen out for bridges next time you’re listening to the radio.

You’ll start to notice how they change the feeling of songs and how they fit into song structures too.  Maybe your favorite song has a bridge and you’ve never thought about it before!

If you are looking to improve on your songwriting, check out this article on Song Inspiration and tips on the lifecycle of a song. 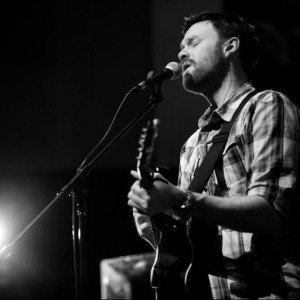 musician, producer, and founder and chief editor at HomeStudioLabs.com.

Gain Staging: What It Is, and Why You Need to Do it